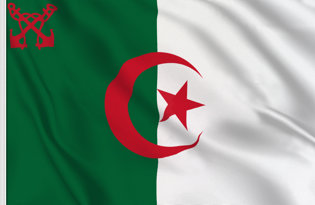 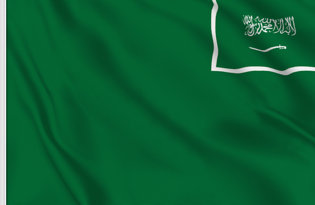 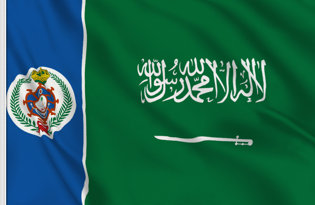 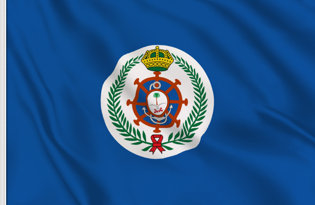 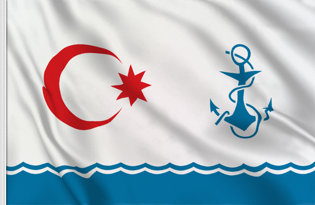 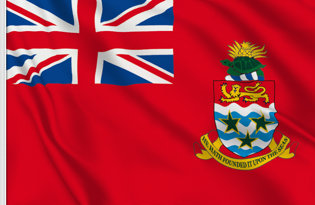 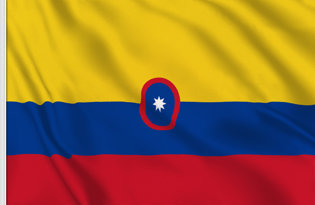 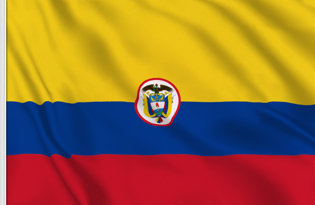 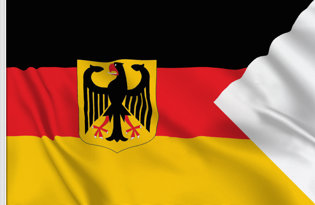 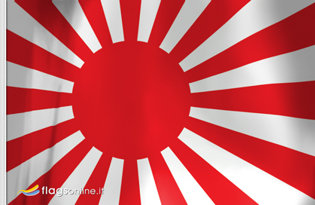 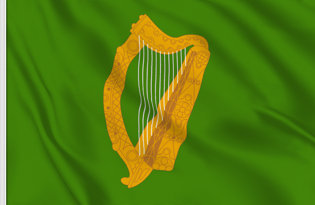 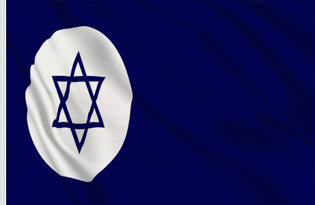 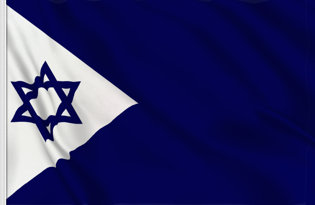 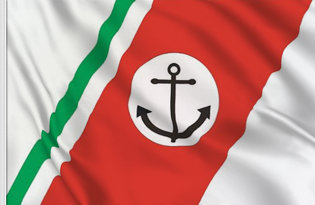 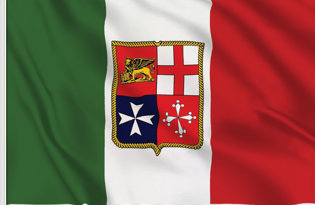 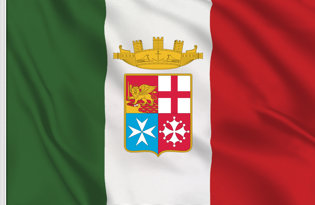 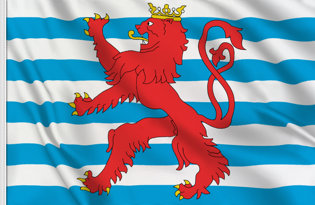 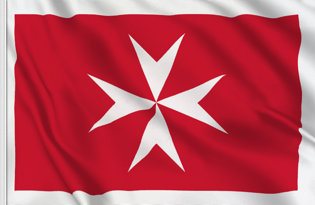 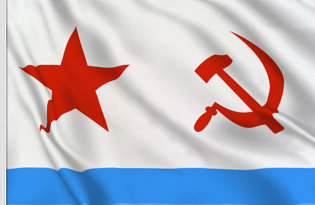 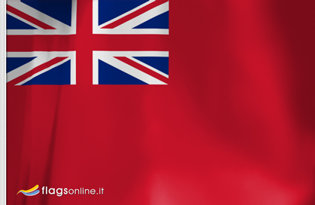 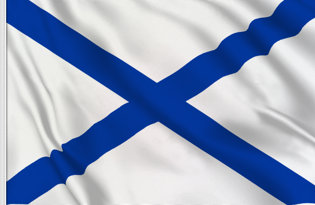 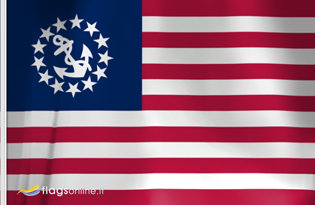 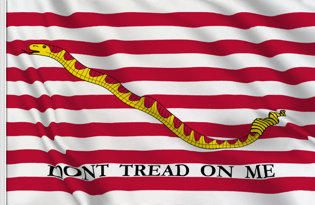 In this section you can find all the flags of the military naval force and merchant marine of the world countries, which are part of the nautical flags’ category.
Military navy flags are hoisted on the naval warfare force, merchant navy flags, instead, are hoisted on the civil naval fleet of a country, which is composed by vessels engaged in commerce and transportation of goods, serving also as military auxiliary in time of war.
As regards the rules for flags usage during navigation, usually, on military vessels, the flag should be exposed also at night and it has to be maintained well visible; in case of merchant vessels navigating nearby the coast, it is recommended that the flag is always showing. Flags are also exhibited every time one encounters another boat, in order to inform each other about the respective nationality. When mooring or leaving a harbor, regardless of time of day, it is required to show the flag.
The flag of the United States Navy has a dark blue background with the seal of the US Department of the Navy in the centre. It was introduced in 1959 by President Eisenhower and it is used during ceremonies, parades, Navy display occasions and public gatherings, according to the rules of the Naval Telecommunications Procedures, Flags, Pennants & Customs.
The flag of the US Merchant Marine was introduced in 1994 and it represents an eagle standing atop a shield with an anchor in the middle. It was intended to commemorate the merchant seamen’s contribution to the United States.
Click on each single flag’s image to discover its history and details. Materials used for the manufacturing of our products, like nautical polyester and lightweight polyester, are long-lasting and top quality ones.
In order to purchase, just click on the desired item and add it to the cart. Purchasing the naval and navy flags of the world countries has never been so easy.