The flag of Cuba was officially adopted in the 1902. The Cuban flag was created in June 1849 by Narciso Lopez, Miguel Teurbe Tolón , José Aniceto Iznaga Borrell, his nephew José Maria Sánchez Iznaga, Cirilo Villaverde y Juan Manuel Macías, and swore to fight to the death for Cuban Independence from Spain. The flag is composed of stripes white and blue, a red triangle and a white star. 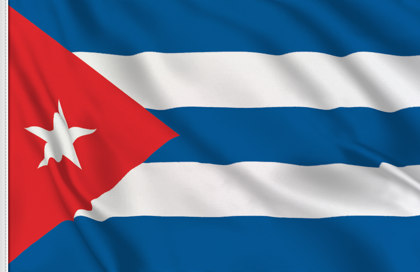 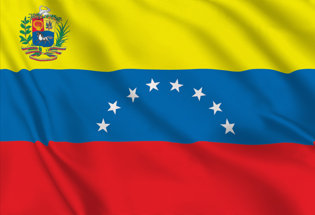 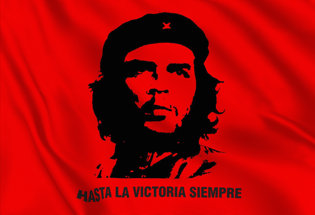 The national flag of Cuba was designed in 1849 and it was officially adopted on the 20th of May 1902.

It consists of five alternating stripes (three blue and two white) and a red equilateral triangle at the hoist, where in the centre of it there is a five-pointed white star.

It is one of the two flags of a currently communist country (the other is Laos) that does not use any communist symbolism.

The three blue stripes represent the three departments in which Cuba was divided at that time, the white purity of ideals, the light; the red triangle, originating from the French Revolution – and the three ideals of liberty, equality and fraternity: red for the blood and the courage; the star was the new state that should be added to the United States.