The flag was adopted in the 1937. The blue and white (along with the original orange) were the livery colors of William of Orange the most famous Dutch prince. Later, in the mid-17 century, red replaced the orange as an official color because the orange dye used on the flag was very unstable, and tended to turn red over time.
Read more 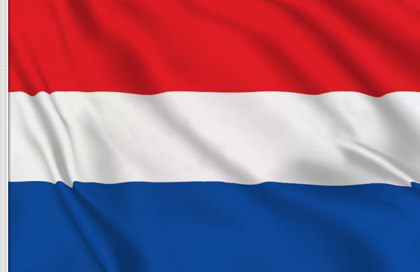