The actual flag of Canada was officially adopted only in the 1965 by the Prime Minister Lester Pearson from more than 4.000 projects. Colours red and white are the official colours of Canada from more than one century like the maple leaf. 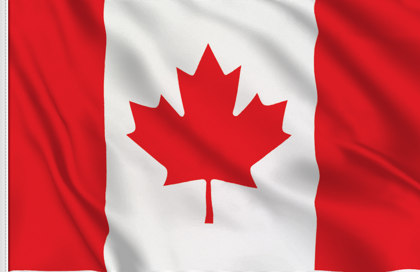 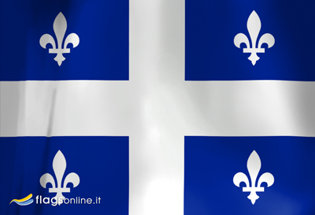 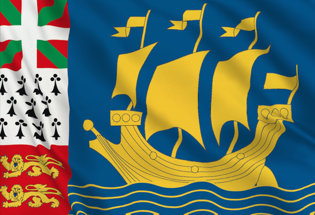 The flag of Canada, often called the Canadian flag, or unofficially the Maple Leaf, is the national flag that consists of a red field with a white square at its centre, in the middle of which is featured a stylized, red, 11-pointed maple leaf  in the centre. It is the first specified by law for use as the country's national flag.

The maple leaf has been used since the 18th century as the symbol of Canada. It was first used as a national symbol in 1868 when it appeared on the coat of arms of both Ontario and Quebec. In 1867, Alexander Muir composed the patriotic song "The Maple Leaf Forever", which became an unofficial anthem in Canada.

By proclaiming the Royal Arms of Canada, King George V in 1921 made red and white the official colours of Canada; the former came from Saint George's Cross and the latter from the French royal emblem since King Charles VII. These colours became known as the national colours of Canada after the proclamation of the Royal Standard of Canada.