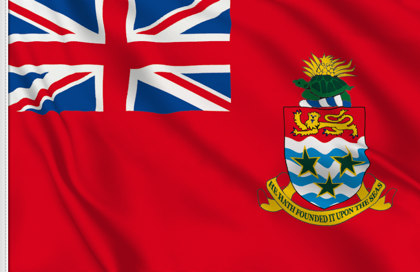 The Cayman Islands Flag, the official one, was adopted in 1959, after the Coat of Arms was adopted. There are two versions of the flag - the blue for use on land and the red for use at sea. These are based on the British blue and red ensigns. The land flag has a dark blue field (background), with the "Union Jack flag" in the corner. The national arms are shown in a roundel, which is a white circle in the centre of the field. The flag for use at sea has a red field, but everything else is identical.