what is a flag?

Definition of a flag: Drape of fabric, mostly rectangular, composed of one or more colors, attached to a pole. This represents a symbol of a state, an institution or an association, etc. 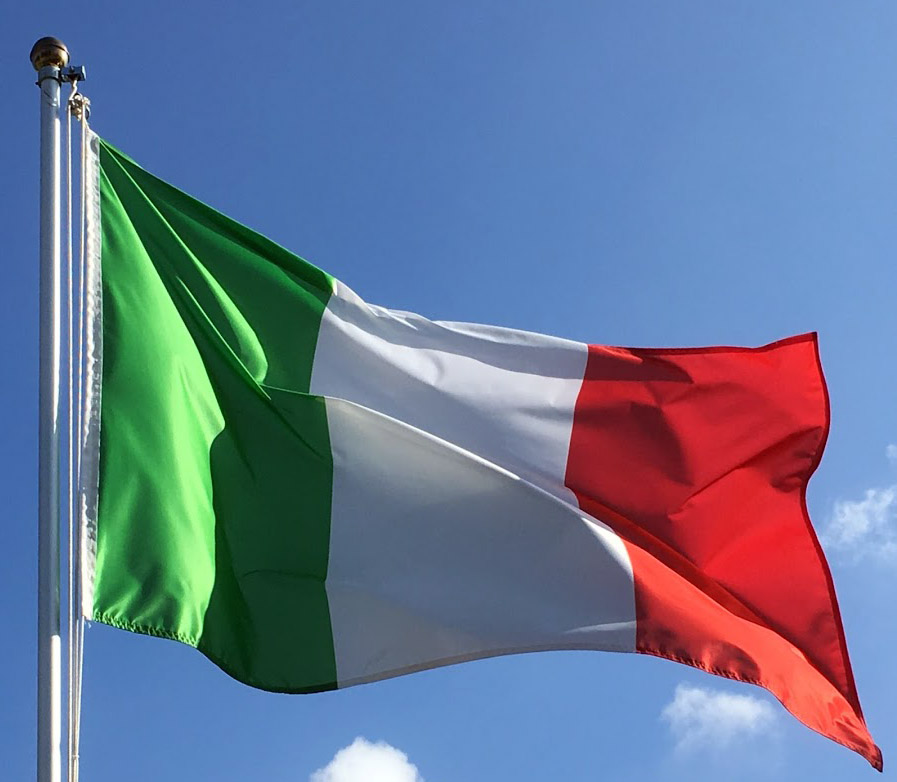 A Drape, generaly a light woolen drape, of various shapes and sizes, in a single color or several colors arranged vertically or with horizontal stripes, attached to a pole or to the mast of the ship on which it is raised:symbol of a nation, an association, a party,  symbol of armed contingents or people collected to carry out concerted action. The national flag can have the emblem of the state, of cities, provinces, corporations, etc. The national flag can also have the emblem with the name of the armed forces.

Definition of  "flag" about Wikipedia

A flag is a drape of cloth or other suitable material, often waved by a rigid rod, used symbolically for identification or for signaling.

It is commonly used for example to symbolize a nation (national flag). The term flag is also used to indicate a graphic representation on other material.

Definition of  "flag" by Repubblica

Drape of fabric, mostly rectangular in shape, with one or more colors variously arranged, attached by one of the sides to the upper part of a pole, a sign of a state, a region, a municipality, a public or private association.