The flag of the Napoleonic kingdom of Naples was taken when Joseph Bonaparte became King of Naples. Joseph Bonaparte flag adopted as the symbols of the Roman revolution modeled on the French Blue was replaced with the black color of the Capitoline dragon, symbol of the secular power. The colors of the Roman revolution was then adapted for the Neapolitan flag. The flag shows the emblem of the Two Sicilies, with the eagle and the beam French, the Sicilian triskelion and the horse of Naples.
Read more 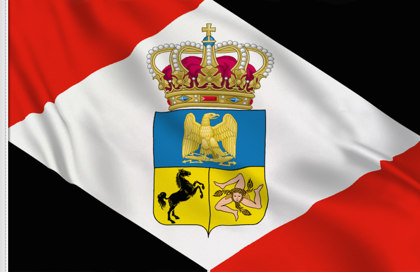