The flag represented the Kingdom of Sicily from 1296 to 1816. The flag flew it for five centuries in the yard of the Palazzo Reale in Palermo. The flag represented the revolt of Sicily after the Vespers and the will was created by King Frederick III of Sicily. The flag was made up of the Swabian eagles and the Aragon colors. The yellow and red also represented the first two cities on the island who rebelled against the French to foreigners: the city of Palermo for the yellow and red for the town of Corleone. The flag was the flag at the beginning of war and later adopted as merchant flag.
Read more 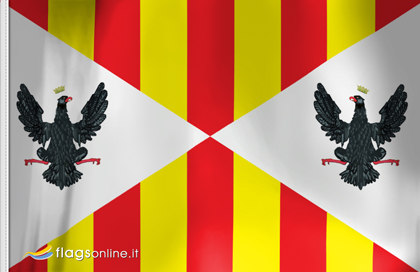