The flag of the pirate Blackbeard. Edward Teach, better known as Blackbeard, was a famous British pirate, who had the control of the Caribbean Sea between 1716 and 1718.

Blackbeard was reputed to be one of the pirates, his manner terrorized his victims but also the same crew. On its flag depicts a devil in the form of skeleton holding an hourglass and an arrow with a bleeding heart. 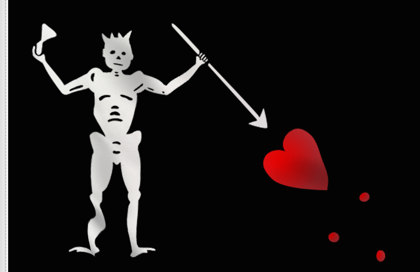