The flag Bartholomew Roberts. BR was the pseudonym of John Roberts, also known as Black Bart, was a Welsh pirate of the most famous ever. His career as a pirate began rather late, at the age of thirty-seven when, aboard the slave ship Princess of London, was taken prisoner by the pirate Howell Davis. He joined the pirates, Roberts within six weeks he was elected captain of the ship Rover, after the death of Captain Davis. The flag Bartholomew Roberts portrays him as toast with death.
Read more 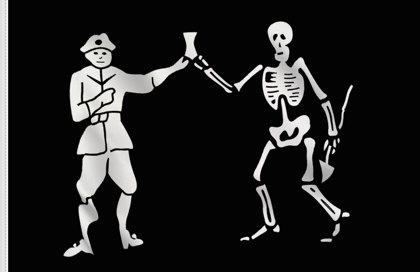