It is likely a flag as a dowry to the Venetian infantry. Probably the flag was adopted during the actions of the Serenissima Republic of Venice against the Barbary pirates (1778). The Barbary pirates were sailors Muslims - North Africans and Turks, but also renegades - permanently active against possessions, goods and craft of Christian Europe from the sixteenth century until the early nineteenth century around the western Mediterranean.
Read more 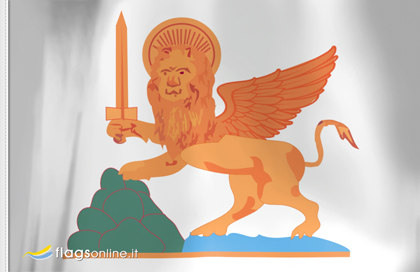