The flag of Uruguay was adopted on July 11, 1830. The Sun of May has been used as a national symbol since the 19th century. The blue and white colors are modeled after the flag of Argentina, and the nine stripes represent the nine departments within the country.
Read more 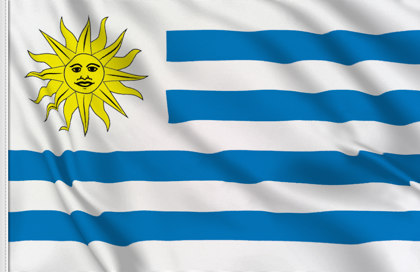