Trieste flag is red with the white spontoon in the middle. By 177 b.C., Trieste was under the control of Roman Empire. Trieste was granted the status of a colony under Julius Caesar. Nowadays Trieste is one of the most important city of Friuli Venezia Giulia.
Read more 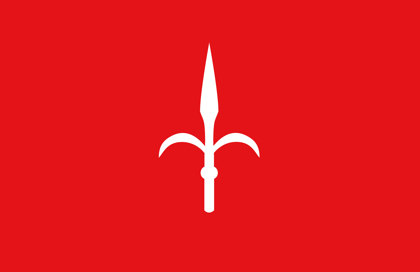