Official flag of italian region Friuli Venezia Giulia. Light blue background represents the sea and the eagle is the symbol of this region. 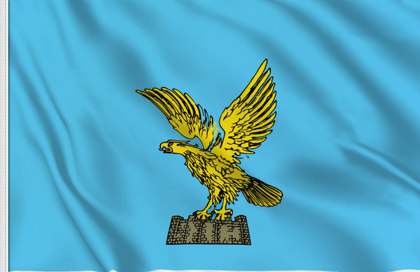 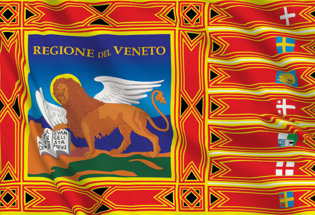 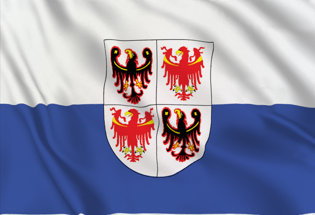 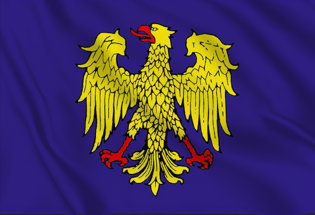 The flag of the Italian region of Friuli-Venezia Giulia represents a golden eagle facing to its right standing on white fortifications on a blue background.

The colours gold and blue are taken from the historic flag of Friuli used by the medieval Patria del Friuli – a state that was independent from 1077 to 1420 and ruled by the Patriarchate of Aquileia.

The symbol of the eagle comes from the name of the ancient city of Aquileia, which, according to popular legend, derived from an eagle (Latin: aquila) who showed the first citizens the place where the ancient city should be founded.

The modern flag, adopted in 2001, uses an eagle design found on an antique vase kept in a museum in Aquileia.