The flag of the Shawnee (also known as Absentee Shawnee), Native American population. The Shawnee tribe is a federally recognized as a major Native American groups. In 1817 the Shawnee signed the Treaty of Fort Meigs, ceding the lands that were still the owners in exchange for three reservations in Wapaughkonetta, Hog Creek (near Ada) and Lewistown, where you currently live together with Seneca. Currently, most of the Shawnee Indians living in Oklahoma.
Read more 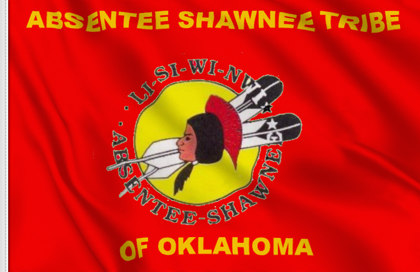