The official flag of Cherokee Nation. Cherokee (ah-ni-yv-wi-ya in Cherokee) are Native Americans that lived in the area that is now the eastern and southeastern United States. Nowadays the Cherokee Nation is set near the Ozark hills. The Cherokee were one of the tribes referred to as the Five Civilized Tribes. 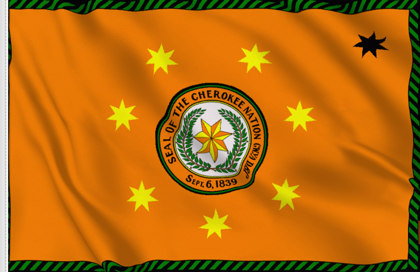