The four provinces flag incorporates the flags of the four Irish provinces of Ulster, Munster, Leinster and Connacht, and is sometimes used to represent the entire island of Ireland. It is used by nationalists and by some all-Ireland institutions such as the Irish Rugby Football Union and is intended to be a more neutral flag than the Irish tricolour.
Read more 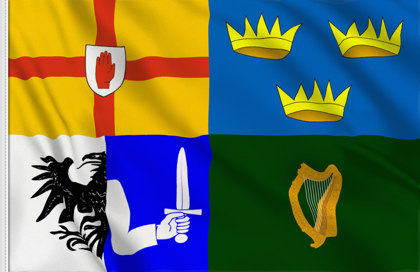