This flag was used during the Battle of Cowpens, during the American Revolutionary War in 1781, january 17. The Cowpens flag is an early version of the US flag, that meets the congressional requirements of the Flag Resolution of 1777. Like the Betsy Ross flag, the white stars are arranged in a circle on a blue field, but the circle consists of just 12 stars, with the 13th star in the center.
Read more 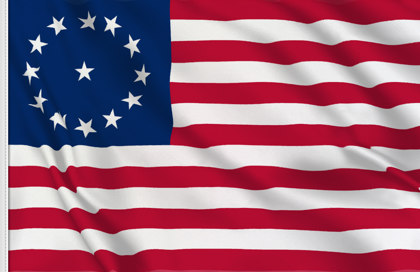