The official flag of the Brandenburg Navy. It was the navy of the Margraviate of Brandenburg in Germany from the 16th century to 1701, when it became part of the Prussian Navy. The flag was in force between 1892 till 1918. This was the battle flag of the former Electoral Brandenburg fleet.
Read more 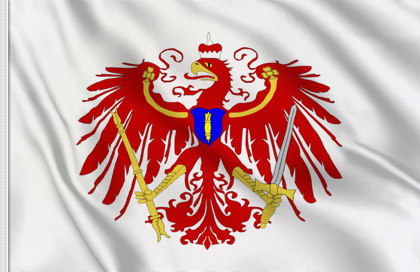