Zagarolo is a town in the Metropolitan City of Rome, in the region of Lazio of central Italy. It lies 34 kilometres south-east of Rome, and it borders the municipalities of Colonna, Gallicano nel Lazio, Monte Compatri, Palestrina, Rome, San Cesareo. Zagarolo is the birthplace of composer Goffredo Petrassi. The town center is of medieval origin and its current urban plan was developed in the 16th century.

The flaf is red backgroud with the official emblem in the middle. The emblem represents three golden hills in the blue field and it refers to the location of the territory on the necks of the Roman Castles (Castelli Romani in Italian): a group of comunes in the Metropolitan City of Rome, located a short distance south-east of the city of Rome, at the feet of the Alban Hills, in the territory corresponding to the Old Latium. 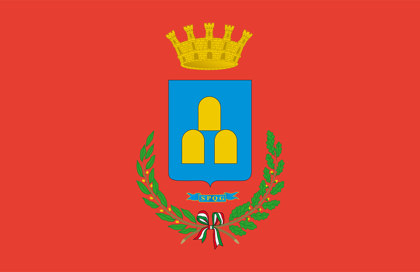 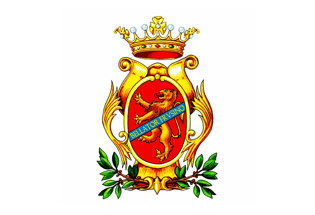 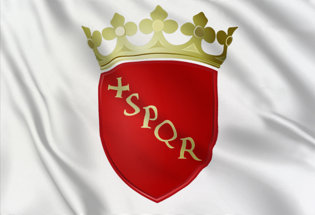 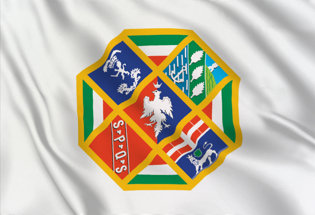 Zagarolo - some 17 mi (or 28 km) East of Rome, the country's capital - in the region of Latium with it's 12,735 residents is an historic place located in centre of Italy. There are plenty of exciting things to do and to see in Zagarolo: The Palazzo Rospigliosi, in the city center, Church of St. Lawrence Martyr (1607), Convent and Church of St. Mary of the Graces, Church of St. Peter (1717–1722), The Zagarolo Toy Museum, located in Rospigliosi Palace, The Tondo a rare example of an ancient Roman Ludus dated to the 1st century AD.
Wishlist