The official flag of the Prince Ypsilantis. The flag was adopted in 1821 by the "Sacred Battalion" by Alexander Ypsilantis during the war of Greek independence. The battalion was made up of volunteers and fought against the Ottoman forces in Wallachia. Alexander Ypsilantis was also the leader of the Filiki Eteria or Society of Friends, a political movmement which fighted against the Turkish occupation in the Balkan area.

The flag of the battalion held the Greek inscription "In this sign, you will conquer", motto of the Roman emperor. The flag portrays Constantine the Great with his mother Helena of Constantinople, Greek Orthodox iconographies. On the inverse of the flag there's the inscription "From my ashes I am reborn" accompanied by an image of a Phoenix, the mythical bird that dies in flames and is reborn from its ashes. The flag respectively symbolized: red for patriotism, white for brotherhood and black for sacrifice. The members of the Sacred Battalion and Georgios Olympos, heroes of the Greek independence struggle, fought and died under this flag. The flag is realized on a special polyester so that both sides are represented. The image displays the inverse side of the flag.
Read more 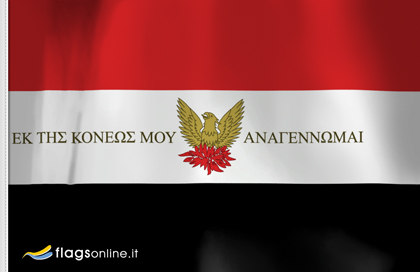 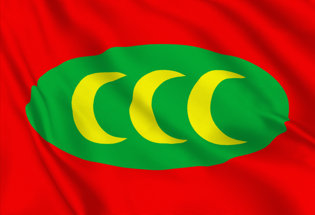 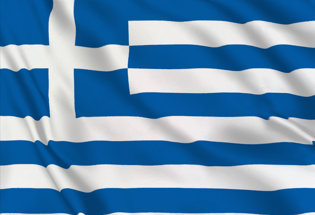 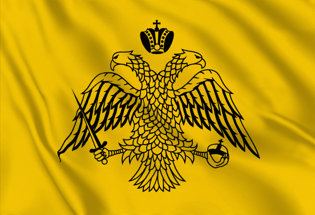