The flag of the famous pirate Stede Bonnet. He is the famous pirate of the Barbados islands. He became famous because he was perhaps the only pirate without experience as a navigator, for the alliance with the pirate Barbanera (Edward Teach) and again for the violent battle that led him to the gallows (December 10, 1718) at the age of 30 years. Legend says that Stede had bought a small ship that was called Vendetta. It was in the Bay of Honduras that he met Barbanera, becoming a friend and ally. Captured near Charleston, he was tried and sentenced to death.
Read more 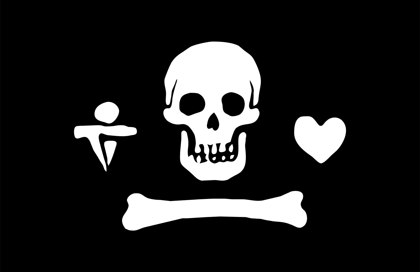