This is the flag of the Second Spanish Republic for civilian use. This is the most loved flag by the Spanish Republicans, it's also known as the Republican flag. Compared to the official flag is not present in this shield of Spain. The period is the same, from 14 April 1931 until 1 April 1939. It 'also known as the flag of the Spanish resistance.
Read more 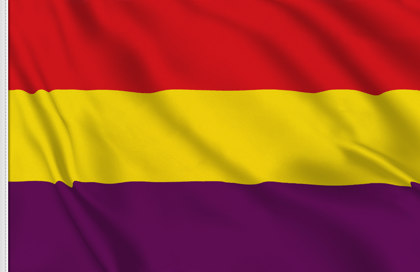