The sailors' protector Flag on Sale

The flag dedicated to St. Nicholas of Bari (March 15, 270 - December 6, 343), also called Nikolaos of Myra, was an ancient Greek Christian saint of the fourth century, bishop of Myra, present in Asia Minor.   Because of the many miracles attributed to his intercession, it is also known as the wonderful Nikolaos. His reputation has evolved among the faithful, as was common to early Christian saints and his legendary gift habit gave rise to the traditional model of Santa Claus through Sinterklaas.
Read more 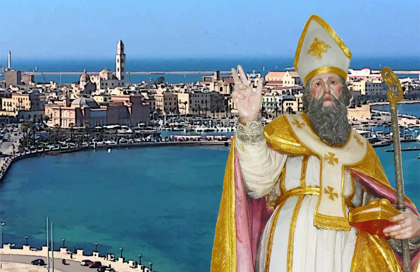