The flag of Saint Lucia was adopted on February the 22nd in 1967 to replace the British Blue Ensign defaced with the arms of the colony. The flag is blue, with a gold isosceles triangle below a black arrowhead; the upper edges of the arrowhead have a white border.

The colours and symbols of the flag tell the cultural and the story of the Country. The blue represents the sky and the sea, in particular the Atlantic Ocean and Caribbean Sea which encircle the country. The black and white allude to the harmonious relationship between the black and white races. The yellow stands for sunshine and prosperity. The triangles represent the Pitons, twin volcanic cones located in the southwest part of the island: Gros Piton and Petit Piton are a national symbol of Saint Lucia. 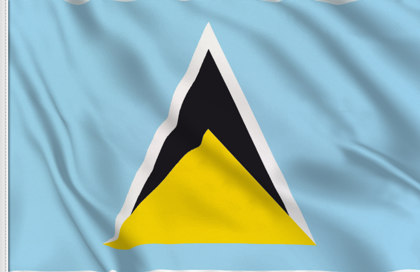 Barbadian or Bajan Flag on Sale 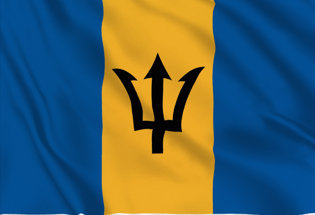 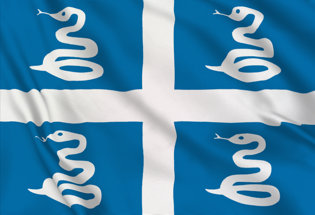 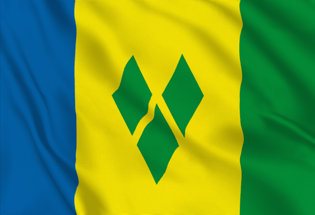 The French colonised Saint Lucia in 1635. However, the British vied for control with the French, and the island frequently switched hands between the two superpowers. Only in 1814, with the Treaty of Paris, France permanently relinquish Saint Lucia to the British, and it became a crown colony of the United Kingdom. After the island became part of the West Indies Federation from 1958 to 1962 but this political union turned out to be unsuccessful, and on 1 March 1967 Saint Lucia became an Associated State. In this period Britain retained responsibility for the island's foreign affairs and defence. Saint Lucia became an independent country on 22 February 1979.