The official flag of the Royal Navy, once called the banner of St. George due to the simultaneous existence of a version without the cross of this flag. It is the banner hoisted by the ships of the British navy and by the ground stations. It consists of a red cross of St. George in the white field with the Union Jack in the first canton.
Read more 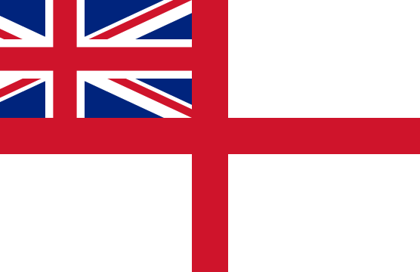