The flag of Norther Mariana Island is blue, with a white, five-pointed star superimposed on the gray silhouette of a latte stone (a traditional foundation stone used in building) in the center, surrounded by a wreath. The flag was adopted in 1989 and modified in 1995.
Read more 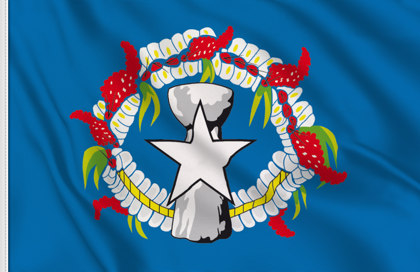