The flag of North Korea was adopted on September the 8th in 1948. It represents a red star in a white circle (the yin yang of the Korean culture). The flag is composed by three horizontal bands: two blue colored and one red (central), separated by white lines.
Read more 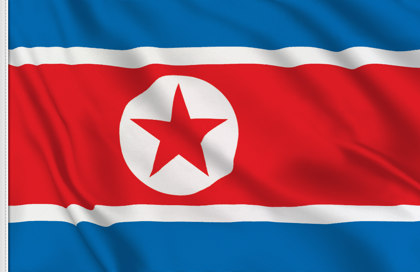