The "Turkish Republic of Northern Cyprus" (TRNC) is an internationally unrecognised (de facto) country proclaimed by Turkey in northern Cyprus in 1983.The flag was adopted by Law n°15 of 1984. The flag of Northern Cyprus is similar to the Turkish with the Crescent in the middle of the flag.
Read more 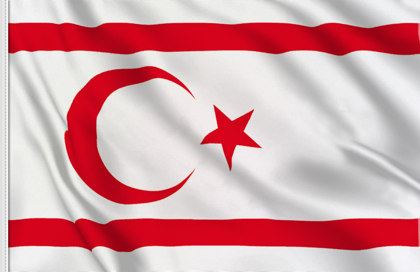