The New Caledonia flag is also known as Kanak Flag. The flag is the second official flag of New Caledonia since 2010. The Flag was created by the Front de Libération National Kanak et Socialiste (FLNKS) in 1984. The symbolism of the flag is: Blue: the clans of the sea, Green: the clans of the mountain, Red: the alliances uniting us, the ancestors' blood, the fight, The sun: equality and life, The rooftop spear: the Great Case, symbol of the ancestors and the Kanak sovereignty over their land.
Read more 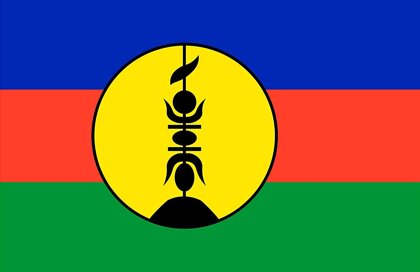