The Mauritanian flag is the common name of the national flag of the Mauritanian Islamic Republic in northwestern Africa. On 5 August 2017, President Mohamed Ould Abdel Aziz held a referendum to change the national flag, abolish the senate and other constitutional amendments. The referendum was successful and changes to the flag were adopted. The new flag includes the addition of two red bands, one on the top and the other on the bottom, to symbolize the blood poured into the country for independence from France.
Read more 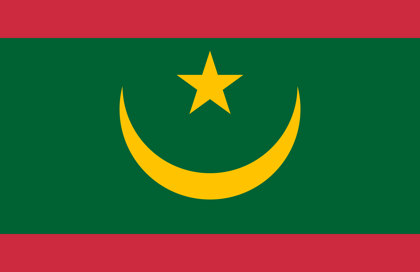