The Jolly Roger flag. This flag is the name given to any of various flags flown to identify a ship's crew as pirates. This is the most famous flag. The flag represents a skull above two long bones set in an x-mark arrangement on a black field. This flag was adopted by famous pirates as Edward England, John Taylor, Sam Bellamy and John Martel.
Read more 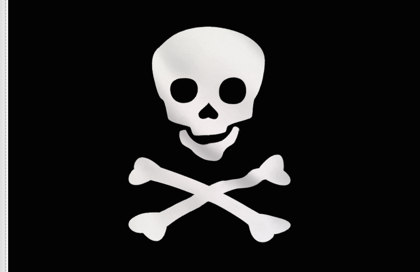