Pirates of the Caribbean Flag on Sale

The real flag of Jack Sparrow, the character of "Pirates of the Caribbean". The character seems to be based on pirate figure John Ward, also known as Birdy, a British pirate of the seventeenth century who converted to Islam and raided the Mediterranean Sea. Buy the Flag of the Pirate Jack Sparrow (English Sparrow). The flag has a profile skull and red color (the most feared color) a stylized sparrow.
Read more 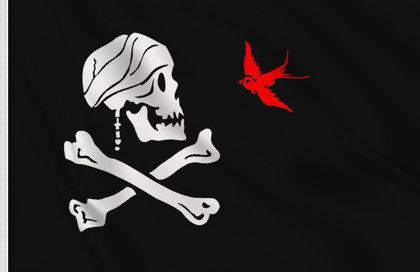