The Estreleira flag represents the independence and the self-determination of Galicia and is agitated by the socialist and communist movement that opt for independence and self-determination of Galicia. The red star was added by communist militants of the Union do Povo Galego in the 60s. The first time it was inserted a star in the center of the flag of Galicia was prior to the Spanish Civil War. This flag was first used by militant guerrilla section of the Communist Party of Spain in Galicia, in the 40s.
Read more 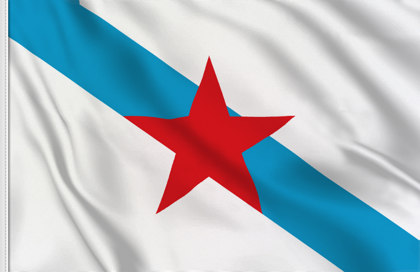