The official Chechen flag or Ichkeria flag since 1990. The Chechen Republic of Ichkeria Flag represents the coat of arms in the middle of the flag.The color of the flag is green, white and red; the upper two thirds of the flag are in green and the remaining one third in white, red, white and green stripes of equal width. The green symbolizes Islam, red symbolizes the bloodshed in the struggle for freedom and white represents the road to a bright future. The wolf of the coat of arms symbolizes freedom and power. The 9 stars represent the Chechen tribes (tuxum). The flag was adopted by Dzhokhar Dudayev, Aslan Maskhadov and other successors and it's a very representative Chechnya flag.
Read more 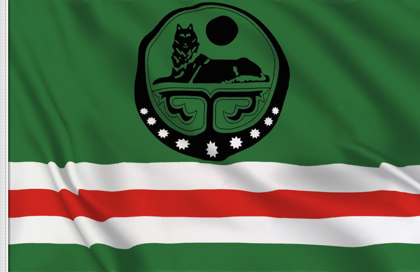 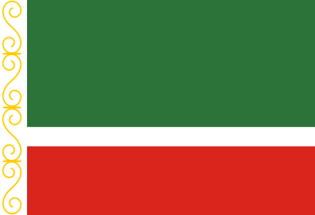 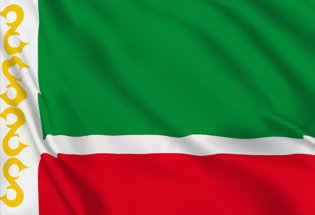