Flag of Catania Calcio, the official version proposed was adopted in the 80s and 90s. Catania Calcio is the historic football team of the city of Catania. The flag is composed of vertical bands colored in alternating blue and red, in the center of the flag there is the emblem of Catania Cacio. The emblem of the football team of Catania consists of a shield of ancient French type, the shield has the vertical bands colored red and blue colors of Catania, also in the upper part of the shield is the inscription Calcio Catania on a white band, on the right side of the shield there is a balloon and in the part above there is an elephant, a main symbol of Catania 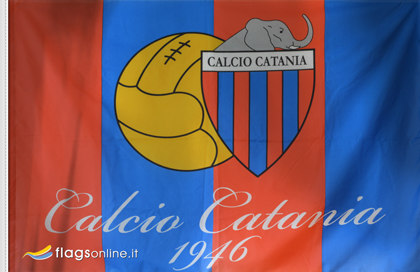 Out of Stock
finish detail of

AS Roman Flag on Sale 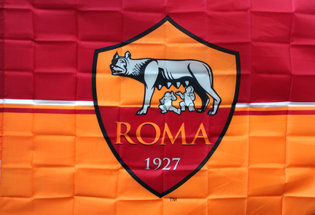 AS Roman Flag on Sale 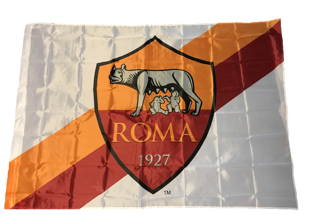 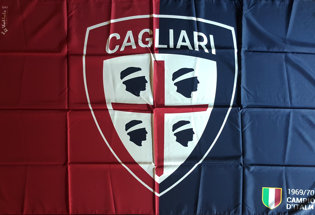 . The football team was founded in 1929, but there was a refoundation in 1946 with the old name of Fascist Soccer Association Catania, and then later called Calcio Catania. The social colors that fans have attributed to the team are red and blue.