The flag of Cameroon was adopted in 1961. At the beginning the flag had two stars, 'cause the country was composed by the French Cameroon and the one administrated by Great Britain. From 1975 there's just one star to underline the conquered Unity.
Read more 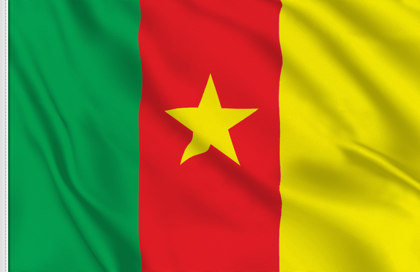