The Assyrian flag is the flag that universally represents the Assyrian nation, whose current design was developed by George Atanos in 1968. Several organizations including the Assyrian Universal Alliance, the National Federation and the Assyrian Bet-Nahrain Democratic Party have adopted it in 1971
Read more 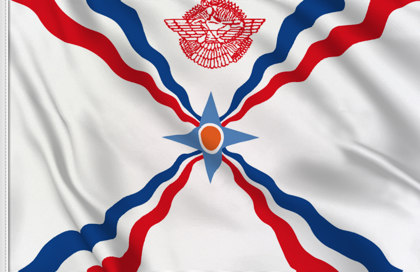