The official flag of Alderney, channel Island flag. Alderney is the most northerly of the Channel Islands and a British Crown dependency. It is part of the Bailiwick of Guernsey. The flag of Alderney was granted on 20 December 1993. The flag is St George's Cross defaced with Alderney's coat of arms, a lion rampant holding a sprig on a green background with a golden border.
Read more 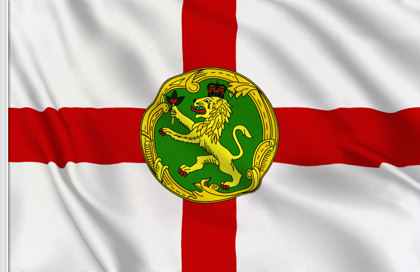